When we say “glucose measurement” most people think of plasma glucose concentration, commonly referred to as blood glucose (BG). Which is fair: the terms are often used interchangeably.

But this isn’t what the Abbott Libre Sense Glucose Sport Biosensor actually measures.

This biosensor is about measuring glucose from the interstitial fluid (IF), the liquid that surrounds almost all cells in the human body. (Check out the diagram below.)

The interstitial fluid is that part of the extracellular fluid (Plasma + IF) between the cells and the walls of the vasculature. Nearly all cells of the body come into close contact with the interstitial fluid. This is because this “internal environment” that bathes the cells (the IF) must be supplied with nutrients for the cells, must have waste products removed, and must have the heat that the cells generate dissipated to the external environment.

In other words: Its role is vital.

This is why IF homeostasis plays a key role in human metabolism.

How do BG and IF relate?

The interstitial fluid communicates with the blood and cells, but is between the two. Substrates like glucose can move freely (by concentration gradient) and directly from the blood into the IF and can then be actively transported (by specific carriers) into the cells. Once glucose leaves the IF, it gets trapped into the muscle cells and cannot leave it anymore.

In transporting glucose to the muscle, the blood acts as a medium of exchange. It goes from the intestine to the body’s internal environment, the interstitial fluid. The movement of glucose into the IF from the blood is influenced by many factors (like the metabolic rate of surrounding cells or insulin) therefore there is no direct conversion from blood to IF glucose. But, the glucose needs to travel through the IF to get from the blood into the active cells of the working muscles. And this is why the IF also represents the last step in the delivery of nutrients and the first step in removal of wastes.

So when it comes to using a CGM for performance purposes, all of this becomes a very important factor. The fact that it measures IF and not blood may actually be more representative of what’s available for our cells as an energy source. It might be a closer indication of glucose available to the muscles but also, crucially, of the flux of glucose to the muscles. So it potentially better matches muscle requirements in terms of glucose.

Figure 2 explains the movement of glucose and measurement of the biosensor.

1: Glucose molecules travel through the bloodstream

2: Glucose moves by gradient into the interstitial fluid

4: Glucose gets oxidized in the cells

The first thing to realize is that BG is not constant in all blood. There is up to 20 mg/dL difference between arterial and venous BG, and this increases after a meal or when the amount of glucose changes rapidly. Capillary glucose (as taken by finger prick strips or glucometer readings) tend to correlate well with systemic arterial glucose. However, significant differences might exist. The BG level is fairly constant from different sample sites when in a relatively steady state. But with rapid changes, there is some significant variability depending on the sample site. This is generally attributed to blood flow changes.

What does this mean for the biosensor reading?

The reading from the biosensor is not a direct measure of the glucose in either the cells or the blood, but rather the flux or movement of glucose between the blood and the cells (through the IF) measured as absolute glucose concentration in mg/dL. It should be noted that any measure you see is indeed a measurement of flux in glucose. That is, with increasing supply and stable utilization it will increase and vice versa.

What about the lag?

The difference between IF and BG is often called “lag”. This is often quoted as 10-15 minutes.  However, performance of the Libre sense sensor has a time lag of around 3 minutes. Despite a time lag between the two existing, this is not quite representative of the underlying phenomena we are interested in measuring. Whilst changes in BG do have a time lag before appearing in the IF, the two fluids are not just a time offset mirror image of each other and they represent two different body compartments. The changes in the IF are subject to more complex and sensitive dynamics of muscle metabolism (what is of interest) than that of BG.

The lag is relatively low, and measures are very similar when glucose level is relatively stable. In the extremes of physiology and with rapid changes in glucose levels (for example post meal or during exercise at times) there can be a large discrepancy and different lag times. The range of time lags across different conditions was observed to be between 0 and 12 minutes on average with the Libre sensor 6. IF values will usually fall before BG values with decreasing glucose levels and these values may end up both lower and remain there for longer than BG values. This is especially true during hypoglycemia.1 However, recent evidence suggests a good correlation between multiple CGM sensors, suggesting how the discrepancy between BG and IF is not random and likely due to transport/uptake differences between those two compartments.

Why do we even use BG?

Much of the way we have historically understood glucose kinetics is through the blood, mostly due to its accessibility. Blood measures of glucose (venous or arterial) have been the standard for much of the development of our understanding of what constitutes normal and abnormal to this point. What is understood about IF measures in non-diabetic populations is still in its infancy due to the relative novelty of such technology (i.e. CGM). Taken together this suggests that further research is warranted to understand whether the IF might be a better location/representation to measure glucose dynamics for the working cells. BG might be used in combination with IF (or vice versa) to improve the current knowledge base and to better understand human physiology down to glucose metabolism.

So what should I do with the values?

The first key to remember is that your understanding is now more nuanced but your understanding before was not wrong. Relying on IF glucose readings is a good way to understand what is available for the working muscle at the last stage of glucose transport before utilization. The second thing to remember is that the number is important, but the trend and how values change over time is also important. Therefore, you can trust the absolute glucose readings on the Supersapiens app as a proxy for the available nutrients (glucose) that your muscle can use. In addition, you gain experience behind the rate of change and the trend of your data to better adjust and optimize your feeding schedule before, during and after exercise.

We are at the beginning of an exciting time in learning about glucose dynamics in the body, particularly in athletes during training and competition. Understanding the technology and its limitations are a key part of this.

A statement from a 2017 paper by Siegmund and team sums it up best:

“In the human body, IF glucose in the cells and in the brain is likely a more relevant physiological parameter than BG values. This would mean that the IF glucose values are not of lower relevance than the BG values, but rather just the opposite.”

Continuous glucose monitoring could guarantee optimal carbohydrate intake for ultramarathon runners. And maintaining stable glucose levels when exercise extends above 3 hours is paramount to enhance exercise tolerance and to provide the energy needed for the muscle to sustain metabolism. Here's how: 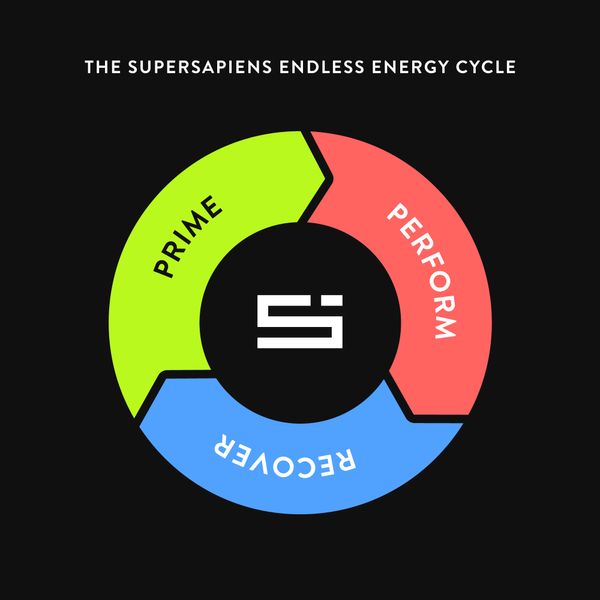