We talked with Lisa Norden about her journey with Supersapiens in the wake of her debut IRONMAN at Lake Placid. Given this resume and its diversity, it is probably no surprise that Lisa approaches her craft with the utmost professionalism and dedication to continuously improve.

Which is why Lisa had been using continuous glucose monitoring technology as early as 2013 in her training with the view to gain better insights into her fueling.

When she first started using the technology, she learned she had been heavily underfueling before races. (An unfortunate, but not totally surprising, realization.) While she thought she was eating enough, she was spending 40% of her time below 55 mg/dL. This was the result of many factors, but there was a component of the all-pervasive ‘race weight’ we hear so often from athletes being the reason for avoiding carbs.

That said, once Lisa started fueling better with the help of a dietician, increasing her glucose intake before, during, and immediately after exercise, she found that she felt better, slept better, had more energy, and—get this—even struggled less with managing her weight!

Specifically Lisa added more carbohydrates into her diet around training and during training but was quite careful to minimize her variability by choosing carbohydrates that wouldn’t spike her glucose.

Using Supersapiens According to a CGM Veteran

Lisa’s emphasis on nutrition and not underfueling is highlighted in her recovery. She focuses heavily on getting in enough fuel to help her better refuel, recover, and prepare for her upcoming training sessions.

She has great insight into her needs and can see what any periods of underfueling in training do to her post training. “I can see what it cost me,” Lisa said of underfueling in her post-workout glucose. So instead of her historically fasted or minimally fueled run workouts, which then left her with very variable and at times very low glucose, she now fuels more on her run sessions in the mornings so fueling her afternoon bike sessions requires less catch up.

When asked about how she manages her fueling outside training, Lisa mentioned her goal is to keep her glucose very stable, and to not let it dip too low. She aims to keep her glucose between 70-110mg/dL, a range she has worked with her dietician on. Through years of visibility, she has noticed that the more stable her glucose levels are, the better she feels. She ensures stability by minimizing glucose spikes, adding things like avocados and nuts to many of her meals.

Lisa noticed, as with many of the athletes that we speak to, that she had fairly low glucose numbers overnight, characterized by many drops and large periods of time below 55 mg/dL. Having done some experimentation, she now knows that for her, this means her intake was too low. If she is getting enough nutrition through the day (training or not) she will have more normal glucose levels overnight, even more so than a previously attempted low GI snack before bed.

During training and racing, Lisa has really started to dial in her fueling and can now feel when she is getting enough or if she is lagging with it.

When fueling appropriately in training, she finds that she is not behind on her intake needs for the day. Many athletes think that caloric needs can be met outside of training hours, but in reality when your training load is high enough, you don’t really have the time in the day to fuel properly. When Lisa fuels well in training, she can eat normally outside of training and she will have a much more stable glucose throughout the day (and as mentioned she will feel better for it).

Race day itself has an intake rate of around 86g/hr of carbohydrates, which is right at the upper limit of recommendations and is clearly working well for her given her performance at Lake Placid: She ran a 3:16.

We are ecstatic that Lisa has qualified for Kona and eagerly await her performance there, and we can’t wait for our next discussion with her about how she utilizes Supersapiens to take on her next great feat. 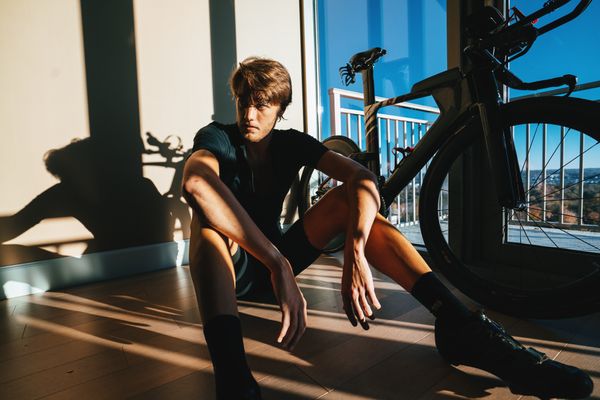 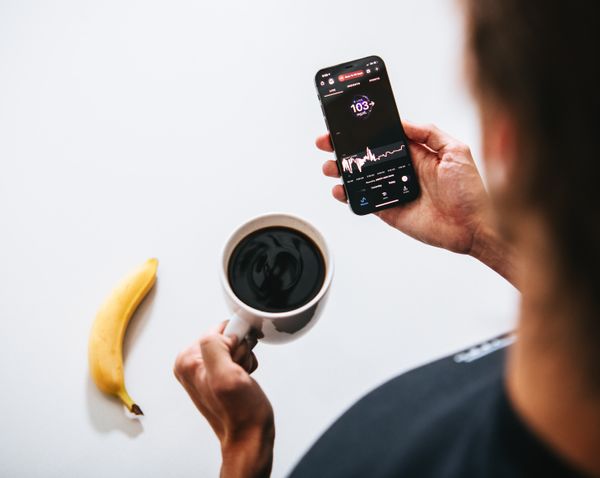 The effects of intermittent fasting and skipping breakfast on lunch time glucose levels.