Pia Victoria Stender first noticed Dr Marie Pruessmann at her local bike shop where she was employed. Marie brought the bike shop manager to tears while the two discussed his health issues. Pia would like to study medicine after pursuing a cycling career, so seeing Marie's care during the interaction impressed her.

Pia started her racing season after that chance meeting and, despite a good winter, a string of disappointing results followed. She tried to rectify the situation by losing weight through various low carbohydrates or low-fat diets ,because lighter means better power to weight, right?

Just as the season was ramping up, a lousy performance test gave her enough courage to call Marie. The first thing Pia asked for help with was her menstrual cycle. At the time, she only had it every 65 days or so.

Marie calls herself a functional medicine doctor with a focus on the preventive and responsible aspects of medicine. She has always been fascinated by conventional medicine and repeatedly questioned its science.

To her, every patient is a case study, and with Pia, a high-performance athlete sitting in front of her struggling to perform, she was excited.

"I examined her and suspected she had problems with her pituitary gland and her body thought she was in an emergency state," Marie recalls.

The doctor's first course of action was to share some of her Supersapiens sensors with Pia. They noticed she had hypoglycemia at night and generally lacked glucose stability and had quite low glucose.

After this initial contact, Pia started eating immediately, especially as she had a race coming up. She finished with the first group for the first time that season and said she's never taken that much nutrition in a race before.

Marie asked Pia to stop all the various diets she'd tried as they changed the timing of her meals and priming before workouts while they figured out what works best for her.

Six weeks later, she undertook another performance test that produced 25 watts more than her previous functional threshold power (FTP) while she had a 3% lower body fat percentage.

She was now eating more while decreasing her body fat percentage.

Previously when struggling with performance, Pia weighed 57 kilograms (125 pounds). She's around 65 kg (145 pounds) now with better performance. She doesn't weigh herself often as she finds it stressful but has to do so for performance tests.

"In my opinion it was about her potential to recover well," Marie said. "She is very active so it is important for her to eat enough. If you're someone who works at a desk all day in front of a computer, you don't need to eat as much as she needs to. If she had high intensity training coming up, we did a good pre-load of carbohydrates. We could see her liver got better after a while. Her glycogen stores responded really well and that's why we saw good results so quickly."

Pia says the sensors weren't the most significant change, but it was the best tool in the process.

"The biggest change was changing my bad relationship with food. The sensor was the perfect tool to show the adaptations we made were going the right way. I categorized a lot more food as 'bad' but now I know it doesn't matter if I have that once or twice a week or a month. It feels good to have ice cream in my recovery shake after a ride," she laughs.

"The biggest success is having a regular menstrual cycle every 33rd day for five months in a row now. Even with getting Covid and training hard with the team, it has remained regular. One of my best moments recently was riding with our mens pro team at the training camp and and even though I wasn’t comfortable at that level of training, it allowed me to push my limits like never before and discover a new freedom."

“Another great moment is winning stage 6s TT at U6 Tidaholm Postnord Tour last year and finishing 3rd in front of some professionals in Vissenbjerg in an uphill sprint (weighing 68kg).

Having a regular cycle is such a great success to me because it affects your long term health a lot.” 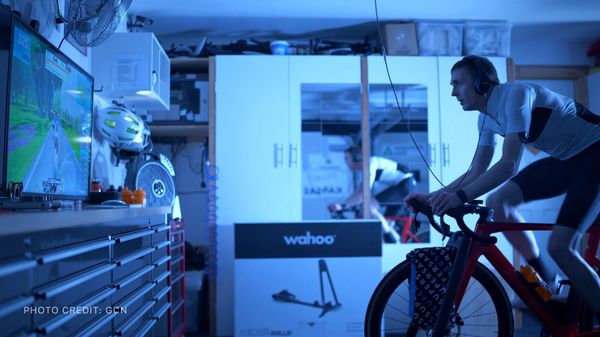 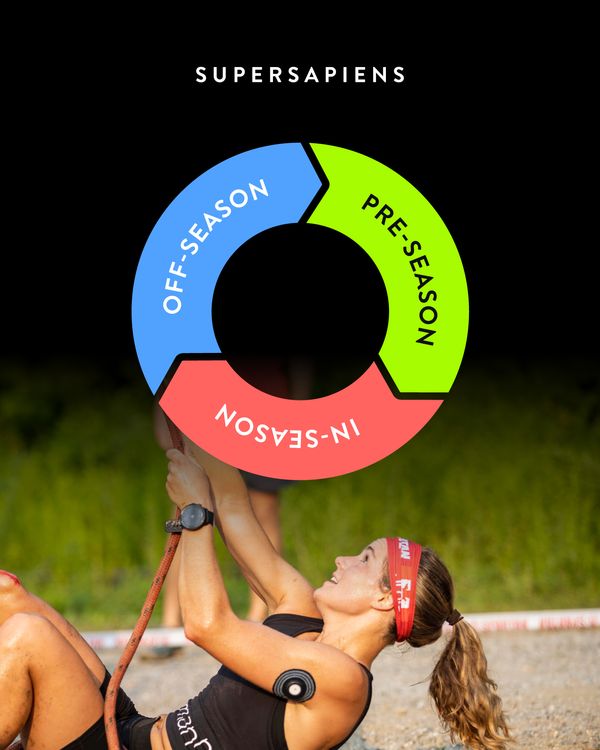 Here's how you can use Supersapiens during the different phases of your training and racing seasons.