The common thread that connects all Supersapiens? A commitment to becoming better. Regardless of sport, goal, location or age, we’re all out here to push past our current best.

Darija Bostjancic epitomizes this mentality. Her major goal this year: Conquering a 100km trail ultramarathon. And as part of that, she worked meticulously all year with her coach, optimizing her fueling insights gained from glucose monitoring.

It starts with Darija learning and understanding her glucose levels for herself. She spent time analyzing her dashboard output, reading the Supersapiens blog, and experimenting with her own glucose intake. A few of the experiments she ran? Testing the benefits of post-prandial walking. Using apple cider vinegar to limit her post meal rushes. And finding the gels that work better for her in training compared to other gels.

The Beginnings of a Family Affair

But let’s go way back: Darija started her sporting journey in alpinism and climbing 3 decades ago. This love for the mountains and moving through nature continued with her boyfriend. The couple started adventure racing, forever trying to find the other 2 team members required for this 4-person team event. She admits she was far more competitive in these endeavors than her boyfriend; he really enjoyed being on an outdoor adventure more than he did the competition.

The two welcomed a son into the world 10 years ago. And that meant time became more scarce. This prompted Darija to forgo the kayaking and cycling required for adventure racing. She started solely focusing on running.

Unsurprisingly – given her sporting origins – Darija prefers trail running races that are longer in nature, specifically the 100km distance or 20+ hours. And that’s where her current goal comes from. It’s a far-from-easy one, given her constraints with family life and work as a full-time nurse. A crucial element to her training: It needs to fit around these priorities.That means early morning cycling and afternoon running sessions. Despite her goal event being so long, her total training time in a week is only around 12 hours. So every session and every minute truly counts.

What Changed for Darija’s Training Since Incorporating Supersapiens?

Darija wakes up most days and spends 30-45 minutes cycling on the indoor trainer as a recovery ride prior to her afternoon run. These sessions are very low intensity (100bpm HR) so prior to the visibility Supersapiens offers, she would do these rides completely fasted or have a cup of coffee prior to getting on the bike. But after seeing how low her glucose was during these rides, she now includes a small amount of caloric intake during them.

Her intake looks like this: The three main meals of the day are used to tick off the needs of her basal metabolism, and then she works hard to fuel around and during training to ensure she meets the extra caloric needs of training. While she concedes this is obviously not quite what is occurring when it comes to calories being burned, it is a useful framework to work within for her. Good news: It’s working.

Darija said she used to eat just before a race. But then, often she would think, “I’m not that hungry, so I don’t really need to eat” and push her eating off for a while. This was partially due to technical trail running reasons: She ate going downhill where things are most technical. Now between the knowledge gained from Supersapiens and the guidance she received from her coach, she’s started eating on the uphills rather than the downhills. Additionally, she tries to eat every 20-30 minutes, with intake being pulled forward rather than pushed back. While these sound like relatively small changes, they are cumulative across a race and of course accumulate across training weeks too.

This approach has helped Darija in a number of ways: 1) She is now no longer ravenously hungry all the time, especially after a run, and 2) her once significantly abnormal menstrual cycle is now back to a regular monthly cycle thanks to her increased carbohydrate intake.

Beyond the use of Superaspiens, Darija mentioned specifically that the learning curve was steep and prolonged in adjusting her intake. Specifically, there is a time requirement to really start dialing things in. Of course, there are easy wins – low-hanging fruit – like figuring out pre-exercise meal timing. But being able to understand the impacts of environmental factors and other more subtle influences really takes time and dedication to learning.

Darija recently spent some time on holiday in Slovenia doing a 4-day hike with her family. Given what you’ve already know about Darija, you might guess that this was not the average family hike. They covered 60km with 6000m of elevation (~37miles with ~20000ft) over 6-7hrs of daily walking.

While she knew it would be energy intensive, she was astounded by how low her glucose was.

How Darija Dials It In

Darija has worked extensively to really dial things in for racing. You can see below her progressive approach to racing; 20km, 25km,30km and 65km races. This is a good example of the way she is approaching her nutrition in racing, too.

She’s been progressively eating more often in training to help train her gut. The big opportunities for her to test things out and make sure they work for her are her weekend runs in the mountains. Throughout the week, she has to run on the relative flats given her full-time work as a nurse.

Darija has now found she does very well with bananas before a race, and loves to use a mix of gels and vitargo during the race. But the learning process always continues. She recently started using the Energy Band and has found that better data granularity is helping her. With it, she realized she needed to eat even earlier than she previously thought–this minor tweak was the difference between feeling gassed and feeling great.

In her 65km effort in Kocevje, she went back to an old habit of not eating much towards the end of the race.  When she didn’t eat anything for the last hour, she noticed the effects clearly in her glucose.

So What Does Glucose Look Like in Trail Running?

Darija has shared her data from buildup races including heart rate, glucose, elevation, and nutritional intake. Check them out.

The shorter, somewhat faster nature of a trail race of 20km (~2hrs) means that Darija can really push in sections of this race. You can see that there is a spike in heart rate which corresponds to an increased glucose as she makes the main descent and heads into the second climb. This was clearly a point of high effort for her.

Darija’s carbohydrate intake here was relatively low (~40g/hr) though this is not uncommon in trail running for many reasons, including logistics.

The less aggressive course profile of this 25km race means it has a very similar finish time to the 20km race and fueling is much easier from a logistical standpoint. Darija’s glucose spends almost the entire duration of the race above 200mg/dL as a result of this intensity. This likely also reflects her significantly higher carbohydrate intake (~66g/hr) during this race, as compared to the previous race.

Again, Darija’s high carbohydrate intake (~84g/hr) helps drive a very high glucose level during her race here. However, a small reduction in intensity (as she crests the major climb and before the descent gets very steep may be the reason she has a lower glucose level for a while.

The lower intensity of a 65km trail race means that Darija has a lower glucose heart rate throughout. This is because maintaining a higher intensity for such a long duration is impossible, and pacing becomes very important. You can also see that this glucose level is despite a significant carbohydrate intake during the race ~79g/hr.

Progressive Learning: It’s a surefire way to constantly push past our personal bests. Darija is the perfect example of that. We’re excited to keep learning alongside Darija as she prepares for an 80km race and for her main goal of this year, a 100km race! 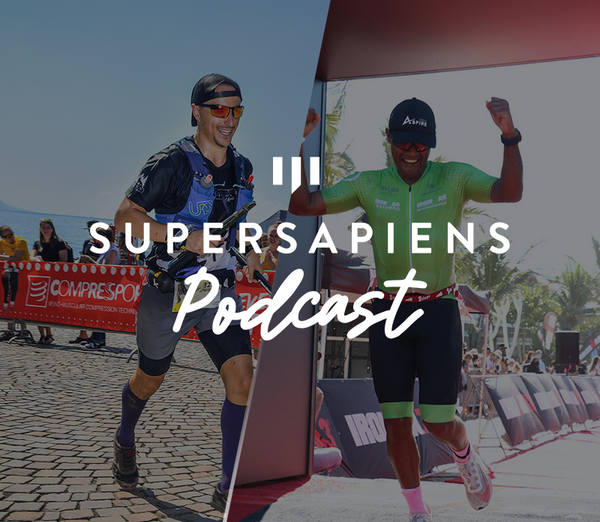 Episode 14 - Robby Ketchell - Engineering the fastest marathon in history and innovation in cycling with Team Sky Robby Ketchell, is a data scientist in professional sports began with 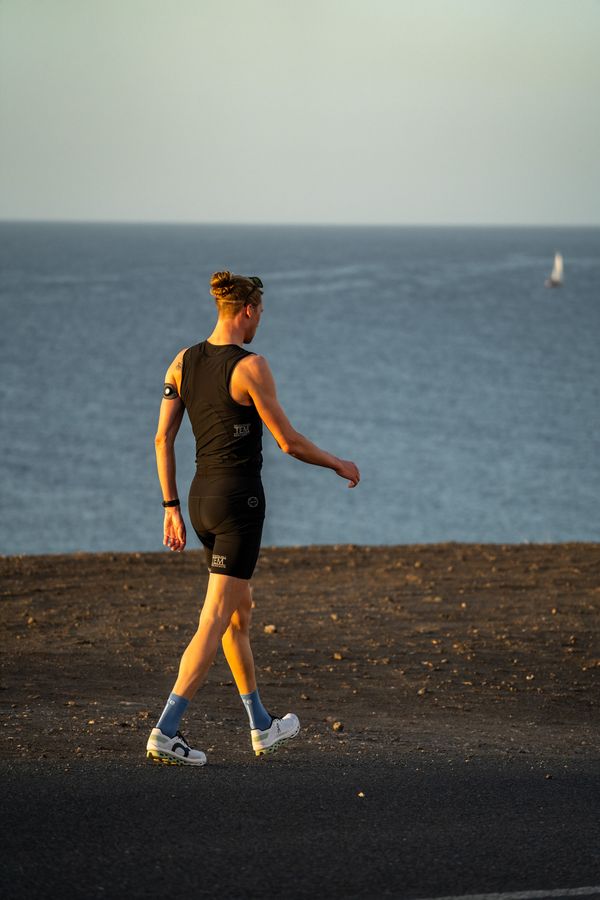