What does it mean to be Supersapiens?

Supersapiens is a mindset. We are a community–a tribe of people obsessed with progress and becoming a better version of ourselves.

And you’ll know one when you see one. Sporting the Supersapiens Performance Patch over their glucose biosensor, poking through their cycling jersey or peeking out of their sleeve, the Patch represents what it means to be Supersapiens.

Yes, it’s the best designed and most protective biosensor patch anywhere in the world :)

But it’s more than that. It’s a symbol. One that represents the Supersapiens community.

Of course things like winning races and setting records are part of it.

But it’s goes deeper than that. Supersapiens are on a journey of continuous, relentless improvement. We’re the ones becoming better day in and day out.

Being Supersapiens is as much a mindset as it is anything else. It’s the inherent competitive nature within us all. The you vs you battle. And the battle with the other riders on the road.

And being Supersapiens is about sharing things with our community. It is the Supersapi-tan you get from wearing your Patch, and choosing a side in the team over vs team under debate (how do you scan your biosensor?)

All that culminated at the Mallorca 312. Megan Walker putting in an exceptional effort in her first real cycling event. And our Founder and CEO, Phil Southerland, and French Country Manager, Quentin Valognes, completed the 312km journey together.

What it means to be a Supersapiens is perfectly captured in the story for how these two decided to ride the 312km event. Originally, Phil was signed up for the shorter 167km event. The night before the event, Quentin asked if he could ride too. Phil, excited to have a riding partner challenged Quentin to the 225km event instead. Quentin, who didn’t have a bike or helmet on the island, upped the ante to the 312km event instead.

Whilst both being ex-professional cyclists (Quentin having retired in 2018 and Phil in 2009), they are both admittedly had not been training. Additionally, Quentin made his professional career as a sprinter. So a mountainous 312km event was far from either of their current comfort zones.

Talking to them about their day it sounded exceptionally rewarding and quite enjoyable, with them finishing in a very respectable 13:25. Quentin’s competitive nature and sprinter’s history quickly came to the fore on the first climb as he redlined his way to try stay with the front bunch, with Phil’s wisdom on full display as he caught Quentin around 30km into the day, suggesting Quentin pace himself a little given the length of the day.

Quentin mentioned this was a particularly tough day for him, as he was very unaccustomed to this sort of riding, even whilst a professional. Whilst he really enjoyed the day, and “discovering a new part of himself” out on the ride, he did also mention he was completely “kapot”, being dragged along by Phil by about the 260km mark.

Congratulations to all those who rode the Mallorca 312, and the other Supersapiens out there on their personal journey to becoming better.

Ever lose focus during an important situation and can’t figure out why? Maybe in a meeting at work. Or maybe it’s trying to read a putt on the 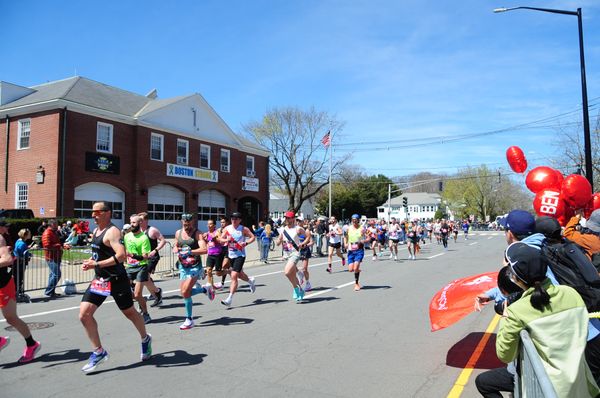 How one runner optimized his fueling and nutrition plan in training to achieve a new personal best at the Boston Marathon.