Matthew Marquardt is not your average long distance triathlete. He is an excessively curious athlete with a relentless drive to understand performance. Some even call him a Supersapien.

After gifting a few sensors to a friend, he decided it was time to upgrade his own training. It didn’t take long for him to recognize the value of CGM. After seeing the data pop up on the Supersapiens app for the first time, he was hooked.

Matthew grew up mainly a swimmer, but also ran cross country in high school, and spent a lot of time cycling with his ‘weekend-warrior’ parents. As collegiate recruiting loomed, Matthew chose to focus on with swimming, ultimately qualifying for the US Olympic trials for the backstroke.
During his time as a varsity swimmer at Princeton University, he was always tired and couldn’t figure out why. That’s when he discovered that he was suffering from sleep apnea.

This was the spark that lit the fire for Matthew. And so began his relentless pursuit to optimize his sleep, recovery, and overall health. In fact, his obsession has taken him all the way to medical school and enabled him to do long distance triathlons on the side, despite the academic rigor.

Looking back, an avid swimmer racing who had raced in a few junior triathlons during his teens, it seems like a natural progression into the competitive triathlon space. But the real reason was the cancellation of his senior year of NCAA swimming. Right after he got the news in the fall of 2020, he decided to ride his bike across the USA. Having covered the 4,000 km (2,500 miles) across the United States in 20 days (19 riding + 1 rest), he decided that he would join his roommate in training for a half distance Ironman.

With his sights ultimately set on Ironman, he decided to sign up for IM 70.3 Gulf Coast in May of 2021. Training commenced in early March 2021 and Matthew picked up a coach a few weeks later to get serious.

He finished an impressive 4th overall in 4:05. He then placed second in his age group at the 70.3 world championships in St George (September 2021). And more recently at Ironman Texas (April 2022), his full Ironman debut, Matthew placed top 10 overall, including the professional field and won the overall age group title in a blistering 8:23.

Originally, Matthew followed typical fueling guidelines and diligently consumed 80g/hr of carbohydrates in his longer training sessions (4-5h). But he often “bonked” near the end of these sessions, particularly when he pushed the intensity. An example of this can be seen below in Figure 1.

On this day Matthew’s fueling schedule was:

With the benefit of CGM to correlate his performances in training with his fueling, three weeks before Ironman Texas, he and and his coach decided to turn things up a notch. He figured standard fueling guidelines produce standard results. Through a combination of nutrition planning and listening to his body during the race, he ended up taking 110g/hr for Ironman Texas, and clearly it worked!

Following this, the main things that he adjusted for big rides included:

Added ½-1 cup steel cut oatmeal about 20 minutes before the ride starts to add some slower digesting carbohydrates
Continue banana at start of ride.
From 60-90 minutes consume 1 serving of Ucan in 16 oz water
After 90 minutes start the 50% diluted Gatorade

“The main thing that we changed is eating earlier in the workout and having slower digesting carbs layered with some fast acting carbs.”

What's the Most Valuable Part of the Supersapiens System?

Being inquisitive but also being someone managing many commitments (in regards to both time and energy), Matthew has found Supersapiens invaluable in being able to help him understand if his dips in energy are more food or sleep related. This insight has helped him really dial in his nutrition and his sleep so that he can perform his best in the classroom and during training.

“For me it is all about correlating glucose levels with feeling. It is all about building the ability to be able to understand my body with and without the data right in front of me, like at IM Texas, there were moments when I knew I had to fuel sooner or more than planned even without being able to see that my levels were low.“

Matthew, being a student, also had some experiential learning with respect to the impact of sleep on glucose levels with a looming thesis deadline and some all-nighters during the end of his senior year.

He noticed that when sleep deprived, his average glucose was much higher and he really struggled keeping his glucose stable.

Below in figures 3 and 4 you can see two days worth of his glucose data.

As a comparison below in figures 5 and 6 represent two much more ‘normal’ days once Matthew returned too his typical schedule.

Note: Matthew needs to follow a gluten free diet. As a result, glucose stability will always be a little more challenging for him.

Biggest change since using Supersapiens?
I have changed a how I eat a lot; eating meals more slowly, more fibre in my diet, and changing my food order (protein first, starchy carbohydrates last).
Before Supersapiens I was eating 2 big meals and did most of my training fasted. Now I eat 4 small meals & pre + post workout snacks as well as better fueling during my workouts.
Do You Scan over/under - over
Favorite pre-exercise meal - banana and oatmeal
Favorite post-exercise meal -  banana and shake
Highest Glucose Score -  99
Lowest Glucose Score - 19
How do you take your coffee? - I don’t drink coffee

More recently Matthew has continued his excellent form in preparations for Kona, with a 3:49:38 at Ironman 70.3 Eagleman. He was 1st among age group athletes by 10 minutes and 4th amongst the professionals. This was despite some mechanicals and bathroom breaks!

He has recently started using the Supersapiens Energy Band to access real-time glucose data. He's learned a lot seeing how his body functions during a race and has used those insights to again up his intake (now 126g/hr of carbohydrates).

We look forward to continuing working with Matthew as he continues on his journey to becoming better in preparation for the Supersapiens Ironman World Championship in Kona. 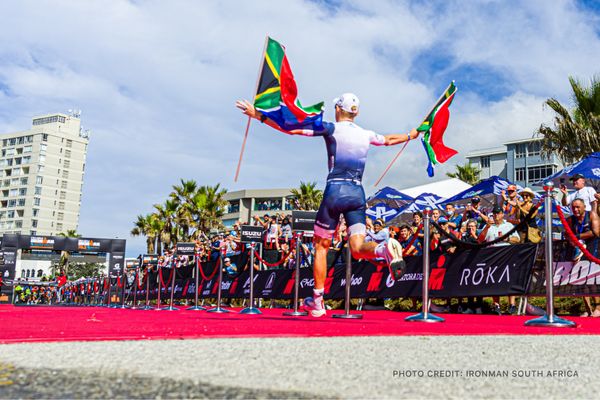 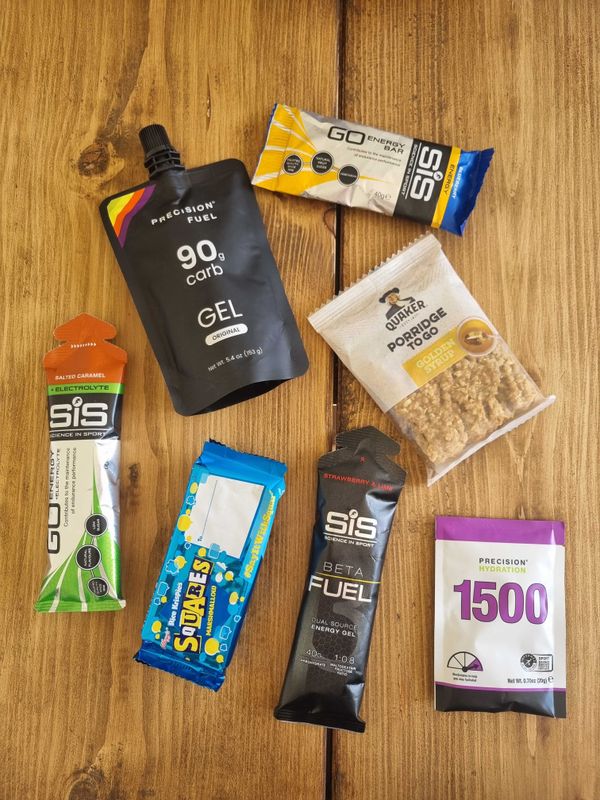 How to use Supersapiens to dial in your fueling with experimentation