Caffeine: The most used (some might say abused) drug in the world. And athletes are no exception to this caffeine addiction.

Caffeine has had quite an interesting past in the sporting realm, having been known as performance enhancing for well over 100 years and having spent periods on both the WADA banned and monitored lists.

Since its removal from these lists, it has become a staple as both a supplement and a vice for many athletes. In endurance sport, this is no different and perhaps even more pronounced given this specific culture where many athletes finish training at a local coffee spot.

How Does Caffeine Work?

Numerous studies have shown the effectiveness of caffeine supplementation on sports performance in which aerobic, anaerobic, or mixed metabolism is important.

Several mechanisms have been proposed to explain the beneficial effects of caffeine supplementation on sports performance, but the most well-recognized mechanism at present is that caffeine acts on the central nervous system (CNS).

It is a competitor for adenosine at its receptors, inhibiting the negative effects that adenosine induces on neurotransmission, excitation and pain perception. Other effects include hypoalgesic effect and decrease in the perception of pain and effort during exercise, change in the  use of energy substrates during exercise (like glycogen sparing), increase of the firing rates of the motor units, and possibly production of a more sustainable and forceful muscle contractions.

How Long Does Caffeine Take to Work?

Caffeine’s effects might be perceived within 15 minutes, but it remains in our body for much longer than this. There is significant variation in both the time it stays in the body and agreement on this time. The differences are related to both genetics and habitual consumption and the effects this has on metabolism. The quoted time to elimination is as long as 10 hours. It is metabolized in the liver, before it can interact with multiple systems like the brain, the cardiovascular system, the respiratory system, and the kidneys.

Thankfully for the coffee aficionados among us, the notion that caffeine has dehydrating effects has been largely disproven.

But what does it do to your metabolism outside of this?

In particular, what is the relationship between caffeine ingestion and glucose levels?

One proposed benefit of caffeine on exercise metabolism (beyond its widely accepted beneficial effects on the CNS) is that of increasing lipolysis (fat burning) and subsequent increased free fatty acid availability, which decreases the reliance on glycogen utilization during cycling to exhaustion at approximately 80% maximal oxygen uptake (VO2max).

This is of significant importance when considering the benefits for fueling but also fatigue tolerance. While the source of fatigue is difficult to isolate for scientists, there is general agreement that a portion of it is attributed to muscle glycogen stores. This is beyond the benefits of caffeine itself on fatigue tolerance, which is significant.

However even with its huge popularity many athletes lack a scientific approach to using it as an ergogenic aid.

At doses of 5mg/kg/hr, caffeine looks to improve absorption of carbohydrates. Unfortunately, though, this dose is very high. That said, co-ingestion of glucose and caffeine increases the rate of carbohydrate oxidation.

In the graph below, you might see that ingestion of caffeine (5mg/kg/h) in combination with glucose (0.8g/min) resulted in ∼26% higher exogenous carbohydrate oxidation rates during the final 30 minutes of exercise compared with the ingestion of glucose alone.

However, studies demonstrate that acute caffeine ingestion is associated with reduced insulin sensitivity. Thus, in the short term, caffeine might shift glycemic homeostasis. Compared to decaffeinated coffee, the caffeinated beverage may impair the glycemic response in short-term duration.

How Does Caffeine Impact Performance?

Elevated caffeine concentrations appear in the bloodstream as quickly as 15 minutes after ingestion, peaking after about 60 minutes, with a 3-hour to 4-hour half-life. There is good evidence that supplementation with moderate (~3-6mg/kg) and high doses (>6mg/kg) of caffeine can decrease markers of fatigue and improve moderate to high intensity endurance performance. Much higher doses of caffeine (9–13mg/kg) do not result in an additional improvement in physical performance, while these higher doses might increase the incidence and magnitude of main caffeine-related side effects.

The benefits for exercise look to be present for team sports as well as endurance sports (including time trial format). The data on strength sports is less convincing though.

In this respect, strength is based on a combination of morphological and neural factors that include the cross-sectional area of the muscle and architecture, musculotendinous stiffness, motor unit recruitment, frequency coding, motor unit synchronization and neuromuscular inhibition. However, the effects of caffeine supplementation on strength are not so clear.

Biological sex has been identified as an important determinant of athletic performance through the impact of body composition and the aerobic capacity and anaerobic thresholds due to hormonal differences. Therefore, training and nutrition recommendations may differ. That being said, it makes sense that specific recommendations for the timing and amount of caffeine intake should be in agreement with these sex differences to achieve better results in sports performance.

However, while there are recommendations about the use of caffeine supplements in athletes, there is not enough comparative information on the effects of caffeine between men and women athletes. This is because, unfortunately, the vast majority of the studies included only male participants. In fact, only ~13% of participants are women in investigations aimed to determine the ergogenic effect of caffeine. And while the effect of caffeine in women at high (>9 mg/kg) or very low doses (<1 mg/kg) is unexplored.

How Does Caffeine Impact Recovery?

Research suggests that coffee positively stimulates enzymes involved in glycogen resynthesis in skeletal muscles. Likewise, it increases or does not modify glucose and insulin response levels, glucose uptake in the absence of insulin, glycogen synthesis rates, and glycogen accumulation during recovery after exercise.

A key component to consider in the use of caffeine for recovery purposes: Timing.

Depending on the aforementioned genetic differences and sensitivity to caffeine, time of the day should be considered heavily in the choice of whether to use caffeine. This is due to the fact that sleep can be significantly impacted by caffeine intake and is a crucial aspect of recovery. Time for clearance of caffeine is again largely genetically determined but half lives can be as long as 5-10hrs.

One potential strategy is to utilize caffeine to augment glycogen resynthesis when required to train twice a day (ingesting after the morning session) or indeed if racing/competing multiple times a day. But to avoid it, despite the benefits for glycogen resynthesis, when training is completed in the late afternoon or evening because other aspects of recovery (aside from glycogen resynthesis) have the potential to be negatively impacted as a result of caffeine ingestion.

*A quick note: the findings and suggestions above are prone to large individual variability. The reason for this is multifaceted, but the individuals experience with caffeine, tolerance or habituation to it, and even genetics can impact this significantly. The difference between fast and slow caffeine metabolizers (genetic in nature) is significant (up to 40 fold in magnitude of difference) so any advice below should be tested well before there is consequence to performance.

Here's how to improve your glucose stability for metabolic optimization, help reduce inflammation, and promote recovery. 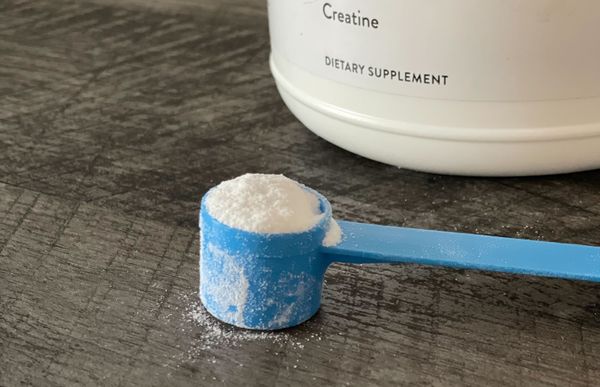