We love new data. It gives us new knowledge, which helps us inform new behaviors that can improve our performance.

Here are 4 ways you can improve your next race day with better glucose control:

We choose to display the athlete's lifestyle as a cycle because our decisions today will always affect our decisions and performance tomorrow. Each phase impacts the following one in an ongoing, cyclical manner. It should be no surprise that what you do during your Recover and Prime windows impact your Performance.

Some recent data from the Mallorca 312 event (a 312km cycling race with 5000m elevation gain) gave us powerful insights on the correlations between glucose control through all three phases and race-day performance.

40 athletes raced with Supersapiens, continuously tracking their glucose levels. This data set gave us the chance to look at some promising relationships that we’d seen through early internal experimentation at Supersapiens.

The Supersapiens Glucose Score was designed to better enable users to understand their glucose availability during exercise and modify fueling through all three phases (Prime, Perform and Recover) to optimize their performance and achieve the highest Glucose Score possible.

Here are the four key learnings that you can use to improve your glucose control and maximize your performance potential:

1. Increase your Average Glucose before the event

There was a strong correlation between higher glucose during the event (for fuel availability) and increased glucose levels for the prior 24 hours. The athletes who raised their 24h Trailing Average Glucose by 10 mg/dL were able to increase their glucose by about 8 mg/dL higher during the event compared to those who did not prime.

2. Steadily increase your glucose levels and fuel to keep them in your optimal glucose range

3. Maintain higher glucose levels for 12 hours before the race

Athletes 12h Trailing Average Glucose seems correlated with their finishing position, with those who had a higher average glucose level for the 12 hours leading in to the start of the event finishing faster. This gives some promising indication that glucose level before exercise might play a role in supporting faster racing. It’s also easy to see the potential role of good priming before the race to top up your glycogen stores and sustain your average glucose during the race. However, it’s always worth considering the variability observed between athletes (and the span of positioning at the same 12h trailing average displayed in figure 4) and tailor the priming approach down to your individual characteristics and glucose response.

Without looking at the data, you might think that traditional carbohydrate loading protocols will work every time; and the more glucose you intake, the more fueled you will be.

This is because your glucose levels and metabolic responses are influenced by food order, meal composition, activity levels, intensity, volume, and any number of other things.

Despite this, preliminary data has found that traditional carbohydrate loading protocols seem to increase 24h Trailing Average Glucose by around 10 mg/dL. Now, thanks to a much bigger and better dataset, we are able to see this replicated in a consistent fashion.

So what should you do for your next race? (And, of course, practice these before the race. Remember? Nothing new on race day!)

Here's how to use the Supersapiens Dashboard, the best tool for analyzing glucose data and optimizing metabolic efficiency. 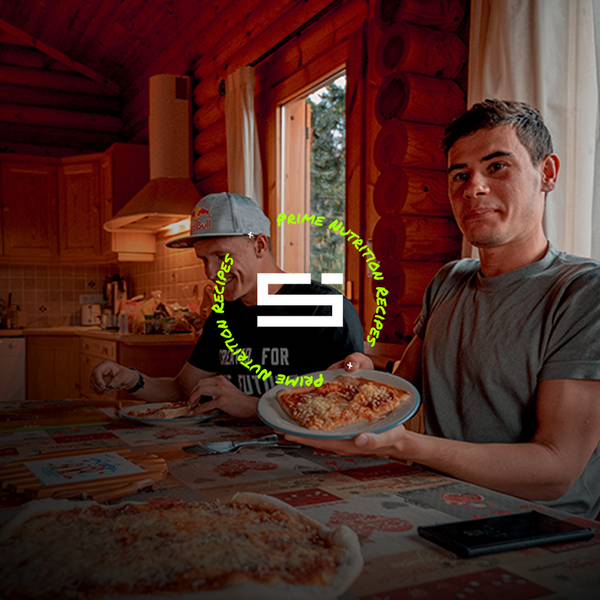 Here's the optimal timing for your pre-workout meal so you can achieve your best glucose control, feel better, and perform stronger.