“An eating and drinking contest, with a little exercise and scenery thrown in.”

It should be no surprise then that the use of continuous glucose monitoring (CGM) in the scientific community of ultrarunning was started early on in the sport’s history.

But Ultramarathon is a broad category: It comprises any distance that’s beyond a marathon. Classic events include 50km, 50 mile, 100km, 100 mile. There are also timed events that are usually 12 hours or 24 hours. More recently, events have continued to grow with the 200 mile distance becoming popular. There’s also been the advent of the last man standing ‘backyard ultra’ events where competitors continuously do a loop of 6.7km/4.1 miles each hour, on the hour (100 miles in 24 hours) until all but one competitor remains.

Energetically and physiologically, these events are as different as they are the same in many instances. Similarly, a specific distance can be very different when comparing a road event at sea level to a mountainous race at altitude. Either way, there are similar considerations from a fueling perspective. Prolonged events like these (well over 2.5 hours for all but a road 50km) require high and extensive carbohydrate intakes if any semblance of performance is the goal. This is due to the exhaustion of glycogen that happens progressively, albeit slowly, across these events (see Figure 1 below) which has the potential to impair performance and perceived exertion.

Interestingly, one of the early studies on glucose utilization during prolonged (>3h) endurance exercise, showed how muscle glycogen stores get depleted as a function of time no matter the level of ingestion of carbohydrates. However, sustaining carbohydrate intake does allow maintenance of high and stable glucose levels that takes over from low glycogen levels to provide energy to perform work. Glucose control allowed an extension of exercise duration by almost 25%.

There’s an acknowledgement in the research and nutrition community that there’s a lot of variability between different individuals when it comes to carbohydrate requirements. Yes, even for the same race. The general recommendations are up to 90g/hr of carbohydrates but at least 60g/hr. That said, there is also preliminary data suggesting that intake rates are on the low or very low end of the spectrum in general for many ultramarathoners, and that higher intake may be more helpful in completion of races. Clearly this is understood by athletes themselves as 90% of amateur ultramarathoners believe that nutrition plays a fundamental role in performance, despite the clear disconnect between this belief and action.

This feels concerning. But what may be even more concerning is that so many ultramarathons are at altitude or in extreme temperatures which increases carbohydrate oxidation and caloric requirements. Similarly challenging, uneven terrain also has implications in increased caloric and carbohydrate requirements.

Part of the reason for lower intake may be due to the significant prevalence of gastrointestinal distress which ranges from 30%-90%. This can prevent intake, but fear of this may also play a role in lower intakes. All this is in spite of the fact that the lower intensity of ultramarathons (with respect to marathons or shorter events) allows for faster gastric emptying. Other reasons that could contribute to the low observed intakes include loss of appetite secondary to heat, vertical shaking of the gut (terrain related), practicalities of having to carry nutrition or eat it when having to use hands to scramble or balance.

In 2019 the International Society of Sports Nutrition released its position stand on single stage ultramarathon training racing nutritional considerations. One key consideration mentioned in the paper includes ensuring that caloric needs are met, which is a significant factor in maintaining health through the training and racing period. There’s also a recommendation for a moderate-to-high carbohydrate diet (~ 60% of energy intake, 5-8 g/kg/day) to mitigate the negative effects of chronic, training-induced glycogen depletion. This is, of course, unless this is planned as part of a dietary periodization strategy. Protein intakes of ~ 1.6 g/kd/day are recommended to maintain lean mass and support recovery from training, but amounts up to 2.5 g/kg/day may be warranted during demanding phases. There’s also support for progressive gut training to better tolerate intake during racing and the use of caffeine late in races.

Up to this point, despite some early adoption of CGM from the trail running research community, most of the work has been largely observational rather than interventional. The available evidence regarding the use of CGM in trail running supports the position stand. A 2015 paper suggested the ability to maintain glucose levels throughout a race may be linked to performance in a 100km ultramarathon. Another 2015 paper points to the possible effects that training has on glucose control, with more endurance training seeming to aid in maintenance of higher glucose for longer during the event.

More recently a 2020 paper with a larger sample size has shed some more light on this. Studying runners from Ultra Trail Mount Fuji (UTMF), the researchers saw a positive correlation between glucose concentration and running speed as well as between both caloric and carbohydrate intake and running speed.8 Interestingly, they observed one participant who exhibited episodes of hypoglycemia during the event and how that might contribute to the lack of performance observed. Some of the findings in this paper were only found to be statistically significant in males, which may be a product of differences in substrate utilization between males and females, or an unfortunate consequence of the small study size, particularly in regards to the number of observed female participants.

The conclusion of this 2020 paper was that continuous glucose monitoring could be practical to guarantee optimal carbohydrate intake for ultramarathon runners. In addition, thanks to Coyle’s paper, we know that maintaining stable glucose levels when exercise extends above 3 hours is paramount to enhance exercise tolerance and to provide the energy needed for the muscle to sustain metabolism.

The ability to visualize and monitor (but also to plan to maintain) your circulating glucose levels can aid in sustaining your trail runs while increasing tolerance and duration. In addition, you will have the possibility to validate your feeding schedule (and match it with your feeling while running) to see which fuel or combination of ingredients led to a better glucose stability.

Thanks to Supersapiens, real-time glucose data can aid in preparation, performance, and recovery. See this article on how you can utilize the system to work in with your planning towards your next trail race. 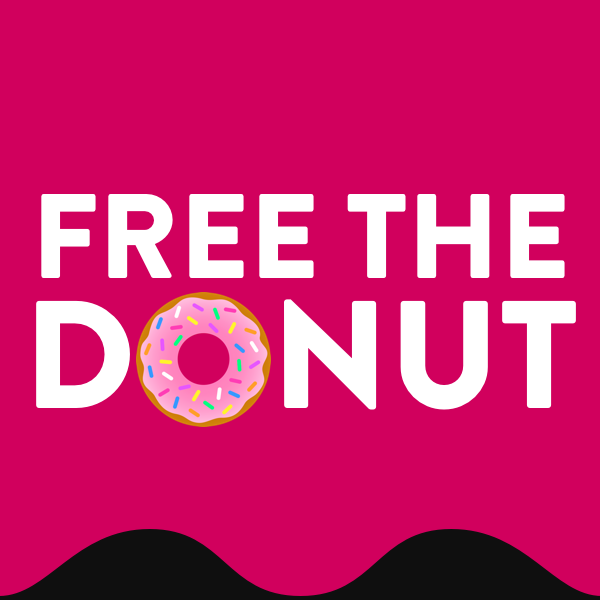 We're using the donut as our symbol for the misinformation, the lack of understanding, the guesswork, and the stigmas that the endurance world holds around performance nutrition. #freethedonut 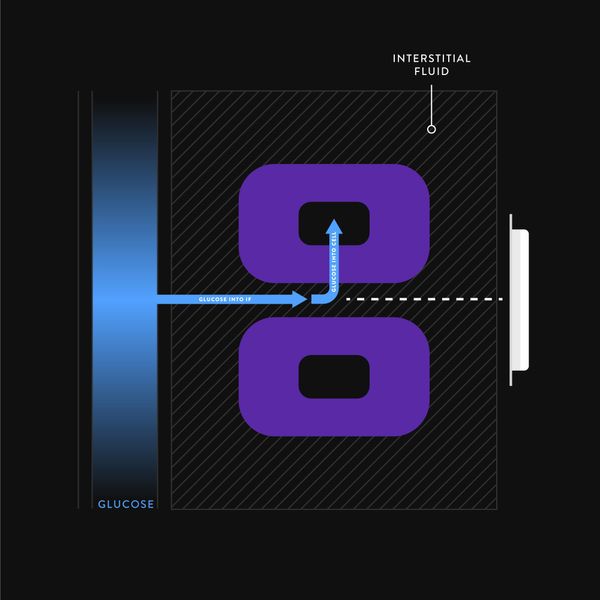 Understanding the difference between blood and interstitial fluid is key when measuring and analyzing your glucose levels. The Abbott Libre Sense Glucose Sport Biosensor actually measures glucose from the interstitial fluid (IF), the liquid that surrounds almost all cells in the human body.