For me, the bike is an escape.

Growing up, when I first started experiencing difficult times, if I could do something to take my mind off it, I’d no longer be thinking a negative thought.

I found my love for cycling after I’d just come out of rehabilitation for a drug addiction. I was in a really low spot, wasn’t working, and my dad said to me that I should try getting on a bike. I’m quite small and I’d spent years in the gym trying to put on muscle, and since cardio is like the ultimate sin for trying to gain muscle, I wasn’t so sure about his recommendation. But he kept pestering me and eventually I went for a ride with him.

I can still remember how immediate the effect was. It was like taking a pill and I felt better. Adrenaline. Freedom. Liberation. Escapism. Later that day, I jumped online and bought myself a bike. It was the first realization I had that I could jump on this bit of equipment and escape everything that was going on. That’s why I say the bike is medicine.

Why Not Chase the Tour?

The Tour de France is the biggest bike race in the world and it’s been the same for a hundred years, so I started wondering how I could put a spin on it that would excite people who aren’t competitors. A thought crossed my mind; why not chase the Tour? I was curious what would happen if I gave the riders a 10-day head start and tried to beat them to Paris.

I’ve been trying to make it happen for three years, and this year we finally managed to pull it off. It’s really cool. After having the concept for so long, it’s pretty satisfying that it’s happening, it’s all planned, and we’ve got some great sponsors on board.

What I’m most excited about is the opportunity to garner attention from people outside the cycling world. I like that there’s meaning behind what we’re doing, we can get people talking about depression, and see what change we can instigate for people.

Creating Space for Others to Talk

It’s really interesting the interaction I get whenever I talk about mental health. Sometimes I’ll post a really slick image from a professional photographer and no-one likes it, and then I’ll put up a shitty black-and-white photo and write something about mental health and it will resonate strongly. It hits home just how common these things are, but no-one talks about them.

I go through periods where first thing in the morning I’ll wake up and check my email. Not because it’s an addiction, but because I’m excited to hear people’s stories. I can see when they've reached out to me through my website, and I look at the subject of the email and see that it’s going to be something cool. People really open up and share their experiences with me. Even though I’ve never met these people, and likely never will, it’s remarkable to have created a space where they feel confident enough to open up to me. Maybe the anonymity or lack of judgment helps them, but either way it’s positive that they feel liberated to talk about their challenges.

It might sound a bit silly, but I take a screenshot every time someone shares a nice message with me on email or Instagram. I have them all saved in a folder on my phone so I can go back and look at them. I haven’t actually ever sat down and read through them all, but they’re there for me when I’m ready. One day it’ll be pretty special to sit down and reflect on the impact I’ve made.

I’m not very artistic. If you gave me a pencil, I couldn’t draw to save my life. But I have all these creative ideas in my head, so planning my expeditions becomes an artistic outlet for me. Trying to come up with a concept and think outside the box, dream up things that people have never done before and put my own spin on it, I really enjoy that element.

With that said, a lot of my ideas come from unstructured and random events. Recently, I got a DM from a young man in India who said he wanted to be an ultra cyclist and has plans to set a Guinness world record. So I started thinking about how I could incorporate that into a film. Could I go and meet him and help him? I would never have dreamed up that concept unless he’d messaged me, but now the ball is rolling and I can research how feasible it all is.

That’s where the science comes in. Like, leading up to my last event in Portugal, we realized that I’m gluten intolerant. Up until then, I’d been eating so much gluten that it’s not funny. I couldn’t work out why I was holding so much water and why I was so bloated, but now it makes sense.

As part of that I’ve been playing around a lot with my nutrition -- seeing what this does, seeing what that does. Currently, I’m on about 90% liquid diet while on the bike. Riding for 24-hours, for example, it makes me feel ill just thinking about having to eat every hour. If I get into a rhythm and am feeling good, I want to stay there and not have a reminder that I’ve still got 23 hours to go. So I’m using a mixture of the standard electrolyte drink, and those meal replacement milkshakes. They’re a mix of the fats and proteins and all the essential amino acids, and that's really helping manage my glucose and insulin response. What I’ve found is day-after-day, when I hop back on the bike, I don't feel as fatigued.

It makes you realize that the human body and the human mind are capable of incredible things. And with the right tools and knowledge, you can figure everything out on a personal level and make anything possible.

The UCI (Union Cycliste Internationale) Management Committee officially approved the use of the Supersapiens system powered by Abbott’s Libre Sense Glucose Sport Biosensor during training. However... 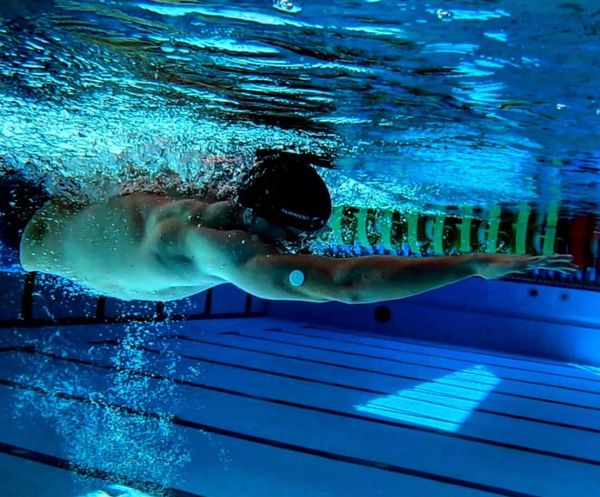