One of Norway’s best junior runners and a competitive swimmer, Kristian found his way to triathlon success. He has represented Norway at the 2016 Rio Olympic Games, won multiple ITU races, and is the Ironman 70.3 World Record Holder (3:29.04). Kristian and his team are obsessed with finding any performance advantage, whether that be through training or technology, and are always at the forefront of athletic development trends.

A GOALKEEPER WITH A BIG ENGINE

Growing up, I swam and played football. I had a big engine from swimming, but played goalkeeper so it wasn’t like I got to use my endurance on the football field. Between about 11 and 13, I had a frustrating time with my improvement in the pool. Normally at that age, you see massive progression every time you’re at a meet – 10 seconds at a time, regular PBs, that kind of thing.

I was training more and more, trying harder and harder, and eventually, I started to fall off the swimming level at my age group but started to get some recognition for my running. I’d never really competed, but was able to translate my big engine. It was actually one of my swim coaches that saw my potential to try triathlon (another alternative was open water swimming) and he told me to give it a try. When I was 14, I signed up for a local triathlon in Bergen, and a few months later, I was contacted by the Federation and asked to be one of four kids to join the national junior team.

What’s great now is that we’ve all been together for so long. We’ve had this long-term support from the National Federation and the Olympic team, and a belief that if we have the best training we can reach the top. In what can be a lonely sport, it makes it more enjoyable to travel all over the world, not just with people you’ve known for a long time, but people from the same town as you. Gustav Iden and I are both from Bergen. Having your best friend in the next hotel room is incredible, and it’s even better that I get to train every day and pick up little things from a world champion.

DOING WHAT WE REALLY LOVED

Ever since I was a kid, I’ve always been chasing the Olympics; the next training camp, the next race, the next step on the journey. It’s been 12-months a year for the last ten years. So when COVID-19 hit, and we got to spend three months at home, it was kind of nice. We got to get back to doing what we really loved, like going for long rides in the mountains and appreciating it. I still got to go and ride with Gustav and Casper Stornes, but it was more just enjoying life and not having any pressure.

After about two months, I really started to miss swimming and racing. It was nice once we were allowed to travel again and go to altitude camps, and eventually do some races. In the long run, I think the break might extend my career because of the opportunity to have some time away and settle down. I’ve had time to breathe and hopefully, I’ll be motivated to push on for another 15 years.

HAVING YOUR BODY RESPOND

When you’re in a race, you have to try to make everything as good as you can out of the situation. For example, if you’re forty seconds behind out of the water, you have to refocus and make a new plan to get back into the race. Or, if you’re coming off the bike in a bad position, then you have to try to make the best out of the day. For me, I find it most tough when my body just isn’t responding. I might have had a bad week of training, or my iron is low, or I’m struggling to get into the time zone, and my body just doesn’t respond predictably. You’re always looking for that type of race where everything is flowing and it feels effortless, so when it doesn’t come it can be hard to focus and stay positive.

Fueling is something I really need to consider as I go from Olympic distance up to full Ironman distance. It’s really extreme in terms of the energy you’re burning. It’s about having as much intake as you can, whenever you can. It’s really key in Ironman to refuel right before the swim so you’re not going in with too much of a deficit, and on the bike, you need to see how much you can take in per hour. I need to train my gut to be able to take in more carbohydrates per hour than the standard Ironman athlete is doing, which is about 60g - 90g per hour. In my most recent 70.3 races, I’ve been at about 110g per hour, and my goal is to try to get closer to 120g per hour. To do that, you want to have control of your blood sugar, and you’ll calculate it with your lactate to calculate your metabolic response. We do tests in the lab and we know how much is being burned based on fat, and how much is burned based on carbohydrates. Those tests are quite accurate, which is crazy that you can know almost down to the minute when your tank will be empty.

When I raced in Rio, I barely qualified because the qualification is quite tricky when you’re coming from a junior career. I got a podium in Yokohama in the lead-up, so my ambition for the race was to get a medal. When I finished 13th, I wasn’t happy. I didn’t even watch the race until last summer when I put it on while I was riding indoors one day. It took me four years to look back on that race, even though it was a pretty decent performance.

In Norway, you’re either an Olympic champion or nothing. There’s no middle ground, which I guess is because on the Winter side we tend to take a lot of medals. What’s great is that it feels like the Norwegian sports fans are becoming more and more aware of the summer sports. We haven’t had much success in London or Rio so there’s been a real focus to get the level up across a lot of sports, and we have genuine medal chances in running, beach volleyball, handball, and rowing. I think it can be a good two weeks for the people at home. To come from a country with no history in triathlon, to be in this project together, challenge the best in the world, and maybe even sweep the podium for Norway, that would be so great! 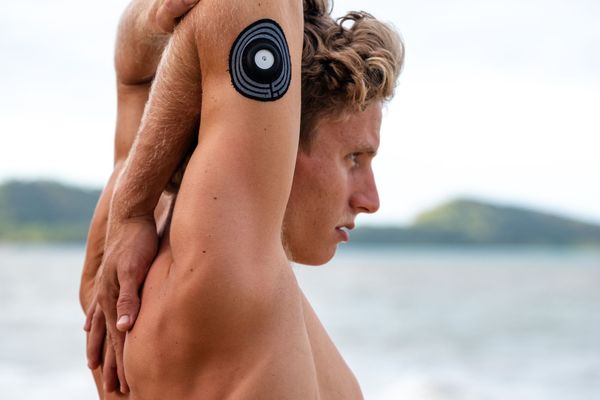 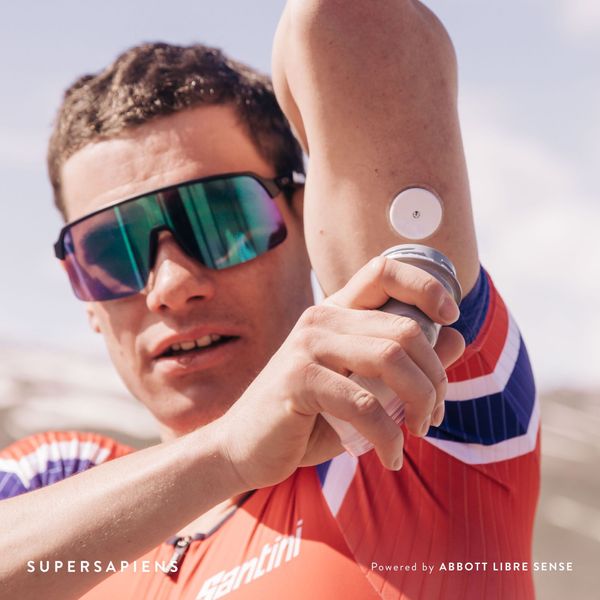 I almost came to a complete stop to make sure I replenished, because I knew how important those carbs were. I’d love to see my glucose chart if I’d kept going versus me stopping to get my fueling back on track.