Growing up, I was a bit more oriented towards team sports. I really loved AFL football and cricket, and I still go to the local oval with my mates to have a kick of the footy. I was a cross-country runner through school, and came second at Australian nationals. I was also lucky to win a couple of state titles and set a couple of state records on the track. Knowing that I had a bit of talent in the running sphere was really how I found my love for sport.

I was introduced to triathlon by my running coach in Hervey Bay. When I first started, I was a horrible swimmer, but I stuck at it. I did double swim days, a couple of days a week for a few years to try to play catch up, to the point where my swim has become a strength of mine. I found my stride in the short-sharp, draft-legal style of racing, and after doing really well at some time trials, I was pushed through the Australian development system.

At the age of 17, I moved away from home to study business at Griffith University and be closer to the Gold Coast Performance Centre, where I could pursue my dreams of becoming a professional triathlete. I’ve been on the Gold Coast for almost six years now and it feels like I’ve always been here, it’s like home.

I RELY ON MY INSTINCTS

I’ve always been a racer, not a trainer. I’ve never really put pressure on myself to perform in training or to chase certain metrics, I’ve tried to keep a little bit extra for race day. I also rely a lot on my instincts and sticking to my guns during races. Once you know what works for you, I think it’s about blocking everything out and trying to focus on your controllables. Don’t get me wrong, I still get nervous, worry about other competitors, and I still freak out if I don’t have a good swim, but you’ve just got to let everything play out step-by-step.

I’ll give you an example: at the 2016 Junior World Championships in Cozumel, I got smashed. I was predicted to podium, but finished 45th. It was the worst performance ever by an Australian junior male at the world championships. At that stage I was really results driven, which ended up biting me. The next year in Rotterdam, I didn’t think about results, and didn’t even really think about the race until the morning of. All I had in my mind was dive, three dolphin kicks, hard off the start to the first buoy. That’s all I was thinking about. I knew because of my training and repetition in races that everything else would come, and that my instincts would kick into gear from then.

Fueling for me has definitely been a learning process. For instance, at the Tokyo Test Event, I remember the feeling that I had on the run. It was a hot day, I was lethargic, and I knew I needed an extra little spike of energy. Luckily, because of the hot conditions, they had aid stations where I was able to get some electrolytes.

My greatest learnings have always come from those in-race feelings and that’s what’s guided my work with my nutritionist and dietician. I think back to that almost-bonk feeling and it just reinforces that you need to be prepared for anything, even more so for bigger guys like me. I’ve tested my resting metabolic rate and it’s come up at 1000 kilojoules, so I’m burning that just as I sleep. That shows that it’s probably more critical for me to fuel properly than the average competitor.

A POINT OF DIFFERENCE

I have a blog on my website that started off as a bit of a point of difference to present to sponsors. At a young age, you’re always trying to knock on the door when your results aren’t as prominent as some of the older guys on the circuit. It was my way of saying ‘Hey, my name’s Matt Hauser, here’s my race report and I’ve gone in-depth into my performance, how I processed the emotion of the race, and how I was feeling after.’ I don’t hold anything back.

As sponsors started to come on board, my writing became a real passion of mine and picked up steam. Late last year, after I finished my marketing degree, I got an opportunity to do an internship with Black Sheep Cycling. They’re one of my sponsors, and it was a good opportunity to learn a lot of things about copywriting, like how to be more playful with words or structure sentences differently. They were a great company to be able to do that with because their brand personality is playful and outside the box, so I could push the boundaries a little bit. I think writing is something that I could definitely pursue post-triathlon.

It was definitely a shock to the system when the Olympics got called off last year. I was adamant that they were still going to go ahead, which was a little bit silly of me. When it was confirmed that the Games were cancelled, it took a lot of time for me to refocus and reset. I know some guys went and did a heap of Zwift races or went out on 300km rides, but it didn’t really interest me to do that kind’ve stuff. I took my time with it, and decided to take a step back from the sport. I ended up meeting my girlfriend, found a love for golf, went fishing with my dad, did some vinyl collecting, and reconnected with running on the track. I ended up hitting a few PBs and saw some progression there, which was great.

I took the mindset that the time off was a good opportunity to be patient because once racing came back, and the Olympics were on the agenda again, the pressure would come back immediately. In my opinion, doing all that other stuff would hold me in good stead once racing did come back, and I think that’s proven to be true. I’ve been undefeated in the Australian domestic season since August last year, and while there's solid competition here, it’s another step up come Tokyo. In the local races, I decided I wasn’t just racing to win, I was racing to dominate so that when I’m back on the world stage, I’m ready. Thankfully the selectors took note of those performances, and I’ve been given the opportunity to represent Australia at the Olympics. 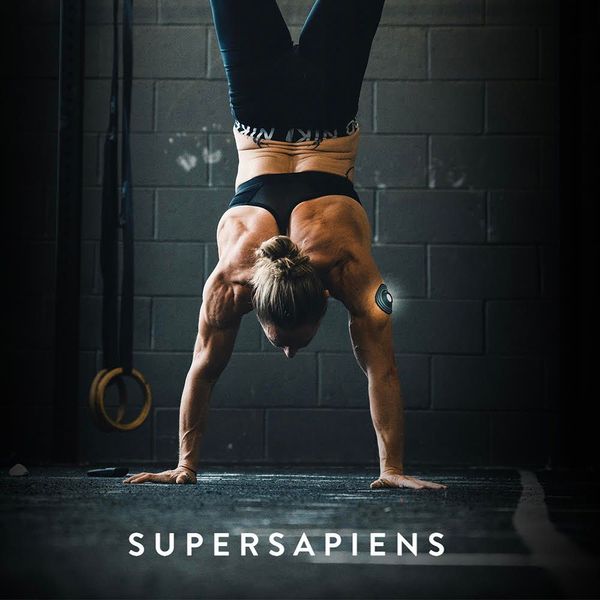 Often, we don’t know what events we’re going to be doing. That makes the fueling aspect of our sport really difficult. There’s a lot of trial and error, especially when you’re new to the sport.

I almost came to a complete stop to make sure I replenished, because I knew how important those carbs were. I’d love to see my glucose chart if I’d kept going versus me stopping to get my fueling back on track.